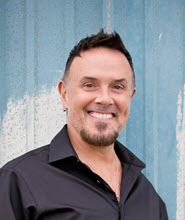 Christopher Childers has worked with many top superstars including Michael Jackson, Madonna, Whitney Houston, Prince and many others. He has also appeared in many major motion pictures, TV shows and commercials. As a creator, Christopher has worked on The Latin Grammys with Ricky Martin, Marc Anthony, Camila and Laura Pausini. He has been the Director and Choreographer for the Sandcastle Guam dinner theater for 15 plus years. The newest show “Zubrick” is currently running to full houses.

Christopher created the ‘web slinging’ and ‘wall climbing’ segments for the first Spider-Man movie. He was also the Artistic Coordinator for “Le Reve” at the Wynn Las Vegas and has also worked on Vegas showstoppers “O”, “Mystere” and “Les Folies Bergere”. Christopher created the smash hit show, “Oasis of Dreams”, which premiered on the Oasis of the Seas, the world’s largest cruise ship, in 2009. He also created the successful entertainment program on-board Silversea Cruise line in 2011, which garnered a rave review in USA Today and also garnered the highest entertainment ratings to date on a cruise ship. 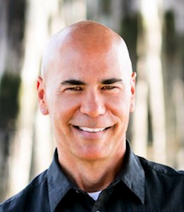 David Oliphant is an entrepreneur at heart. After working for 20+ years in the corporate environment, he knew it was time to make a change, enjoy doing the things he loves, working with people he enjoys and controlling his own destiny. This shift has taken him on a variety of different journeys from teaching yoga to hosting a television show, traveling for a year through Europe and working on three Super Bowl planning teams. He’s traveled around the world twice, once as a Flight Attendant and once as a Cruise Director. David is currently a top producing realtor on the Northern California coast, teaches yoga three times a week, consults with three different entertainment companies in sales, marketing, planning and logistics: Sky-King Entertainment, Spectacular Productions and Choozi Entertainment. David is a Senior Performance Coach with Equilibria Behavioral Coaching Services and conducts training around the globe helping people to better communicate and accept the diverse communication styles of others. Finally, David consults with 7 Sacred, a natural, organic, holistic cannabis company based out of Telluride, Colorado that is committed to bringing the healing elements of the plant to the people who need it most. 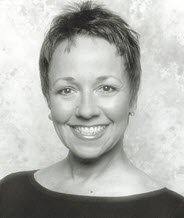 Suzanne Childers has been designing and fabricating costumes for the live theater for more than 30 years. Her professional dance career has given her an instinct for creating costuming that embellishes movement, line and color. Soozi, as friends and family know her, began sewing at the age of 8, learning to make clothes not only for herself but for her Barbie dolls as well. As a pre-teen, she was one of the winners of the National Make it With Wool contest, validating her talent as a designer at a very young age. Suzanne’s costume label, “Choozi by Design”, is a subsidiary of Choozi Entertainment, established in 2005 to provide high-end entertainment to Fortune 500 companies and their incentive programs, held throughout the world. Today’s Soozi’s costume design resume includes Shakespeare, Broadway Touring Shows, Las Vegas Production Shows, Stunt Shows, Cruise Lines and Aquatic Spectaculars. Visit www.choozientertainment.com to view the Choozi by Design costume gallery. 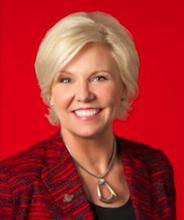 Sallie Sargent has enjoyed a diverse and exciting career over the past 30 years. Her special event management background with sporting events includes six Super Bowls; 14 years managing sponsor relations and special events for the Fiesta Bowl and the first Bowl Championship Series (BCS); producing the Charles Barkley Roast for the NBA All Star Game; and overseeing corporate hospitality for the PGA’s Phoenix Open. She also played major roles in the 2004 Democratic National Convention, the 100th anniversary of Ford Motor Company and the 2012 Centennial Celebration of the State of Arizona.

Over the past four years, Ms. Sargent has held the position of President and CEO of the Houston Super Bowl Host Committee successfully positioning the Houston community to stage the “Greatest Ever” Super Bowl in recent history – Super Bowl LI on February 5, 2017.

Christopher works with and recommends a group of trusted partners.