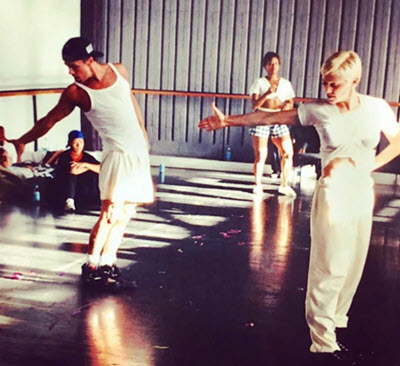 Christopher Childers comes from a colorful family. His mother was a dancer during WWII for the USO where she met Christopher’s father, Sherman Childers, then a pilot for the Air Force. His aunt was an original 1932 Rockette. He began dancing in his mother’s dance studio at the age 3. He grew up learning tap, then ballet from his mother and various Bay Area studios. Christopher left home at 17 to work for Disneyland USA in their amazing ‘Show Biz Is” production. He then took a job dancing in Lake Tahoe, where he was spotted by Paula Abdul. She asked him to come to LA and work for her in a Michelob Light National Commercial. A fast month later, he was working regularly on TVs “The Tracey Ullman Show” the Smothers Brothers Hour, The Drew Carey show and also shooting multiple commercials, videos and movies. He was also featured on the American Music Awards, the Soul Train awards, and the Academy Awards. He performed in the 60th and 68th editions of the Oscars, working with legends such as Liza Minelli, Sting, Vanessa Williams, Dudley Moore, Gloria Estefan, Little Richard, Dolly Parton and Bryan Adams. 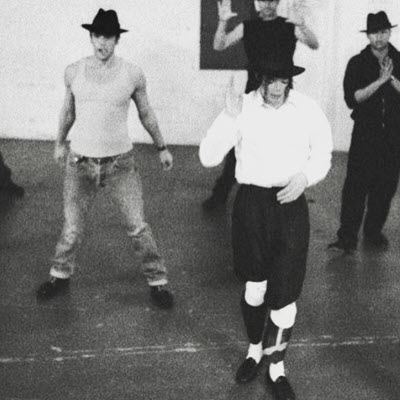 Christopher was selected to be a performer on Broadway in “Jerome Robbins’ Broadway” at the Imperial theater in NYC. It was during this time that he saw Madonna in concert and was absolutely determined to work with her! He auditioned for her a few months later and won a role in her world famous: “The Girlie Show” World Tour. While working with Madonna and during rehearsals with her, he met and auditioned for the legendary Gene Kelly. During this time period, Christopher also danced for Michael Jackson, Prince, Whitney Houston, Debra Gibson, Gregory Hines, Jill Sobule and of course, Paula Abdul. Christopher was also a principle dancer with “Les Folies Bergere” in Las Vegas, and during this time he was asked to come to work for “Cirque du Soleil” as the “Red Bird” character for their show “Mystere” where he then became the dance coach for not only Mystere, but the hugely successful show, “O” at the Bellagio Hotel. Christopher then was the Artistic Coordinator for “Le Reve” at the Wynn hotel. All 3 shows were the brainchild of the amazing and talented Franco Dragone. During his time with Le Reve, he also helped create and choreograph the hugely successful performances with TV’s “Dancing with the Stars”, “America’s Got Talent”, “Ellen” and “The Latin Grammies”. 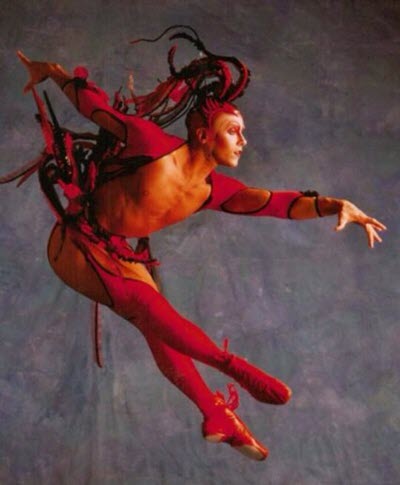 Christopher as the RedBird

Christopher is currently the Director and Choreographer of the hit show “Zubrick” on the island of Guam for the Sandcastle Dinner Theater. This show features dancers, acrobats, magicians, live tigers and grand illusions. He has worked with the Sandcastle since 1994 and its owner, Mr. Mark Baldyga. Mr. Baldyga approached Christopher, then an assistant choreographer to ask if we would like to direct his own show for them in the future. He happily agreed and they have had years of success at the legendary Sandcastle. They together also created 4 successful shows on the island of Saipan where the “Sandcastle Saipan” had a successful 17 year run. Sadly, the Saipan Sandcastle will be shutting its doors for good this March of 2018.

Christopher is now back where his heart is: The SF bay area and he is loving it! He currently teaches workshops and creates shows and events all over the Bay Area. He is currently teaching “Cardio Dance” 3 times a week at FIT Studio in Half Moon Bay California, where he teaches classic choreography from his career. Hip-Hop, Country, Bollywood, Broadway, Rock-n-Roll, Disco and Pop are among the numerous styles he teaches in an intensive hour class of cardio. He hopes to see you there!!

Find more about Christopher on IMDb.